De Bosbaan consists of 8 rowing lanes, including warming-up lane. 6 of the 8 lanes will be used for the race. The specific lanes will be carefully selected based on the weather for optimum safety and equal chances during the race. We call this the Fairness principle.

Use lane 0 till the 1000-meter point to row to the start. Lane 0 is the lane nearest to the finish line tower. It is not allowed to row in this lane when racing crews are at 250 meter or closer.

Lining-up for the start will be done 10 minutes in advance, between the 1250 and 1500-meter marks. The pre-start marshal (voorstarter) will guide you to the correct lane.

Cooling-down can be done in lane 0 in direction of the start, at the 1250-meter point cross the track at a right angle and then row back to the finish in lane 7.

Use lane 0 to row to the start. Lane 0 is the lane nearest to the finish line tower. It is not allowed to row in this lane when racing crews are at 250 meter or closer.

Warming-up is allowed between the 250 and 1250-meter points in lanes 3 and 4. Rowing in lanes 1 and 5 to 8 is not allowed, these lanes may only be crossed at right angles.

Lining-up for the start will be done 5 minutes in advance, between the 0 and 250-meter marks. The start marshal (starter) will call you to go to the correct starting lane.

Cooling-down can be done in lanes 6 and 7 between the finish and the 1500-meter mark. At the 1500-meter point the other lanes should be crossed at right angles.

Violation of these rules can be punished.

What to do in certain weather conditions?

There are no particularities.

Weather issues may arise. The weather situation is closely monitored. Measures can follow, keep an eye on the website and social-media channels.

There are weather issues that directly influence the schedule and / or progress of the competition, check the website or our social-media channels for more information.

Weather conditions will lead to cancellation of races.

For every competition, it is paramount that everything is fair and safe. That is why the concept of “Fairness” was created with rowing and the associated “Fairness Protocol”. In this Fairness protocol is described what to do if the weather gets worse, when there are (too) few registrations or when the weather makes competitions unfair because the weather conditions differ too much per lane.

The general rules for safety and fairness can be found in the Rules for Rowing competitions. The Fairness protocol that we prepare for the DIYR is a supplement to that and contains its practical details in accordance with article 33.9 of the RvR.

The Fairness protocol for the DIYR will be published on this page in the run-up to the competition.

Training is not permitted during the competitions, from 30 minutes before the start of the first race, until after the finish of the last race. It is also not allowed to train during the breaks or to row the boat to the Nieuwe Meer. 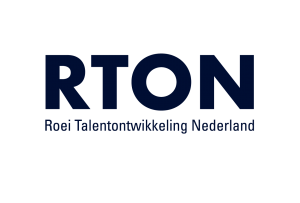 Stay up to date with the latest news. Sign up for our newsletter!